Leap of faith leads to dramatic growth in Phoenix 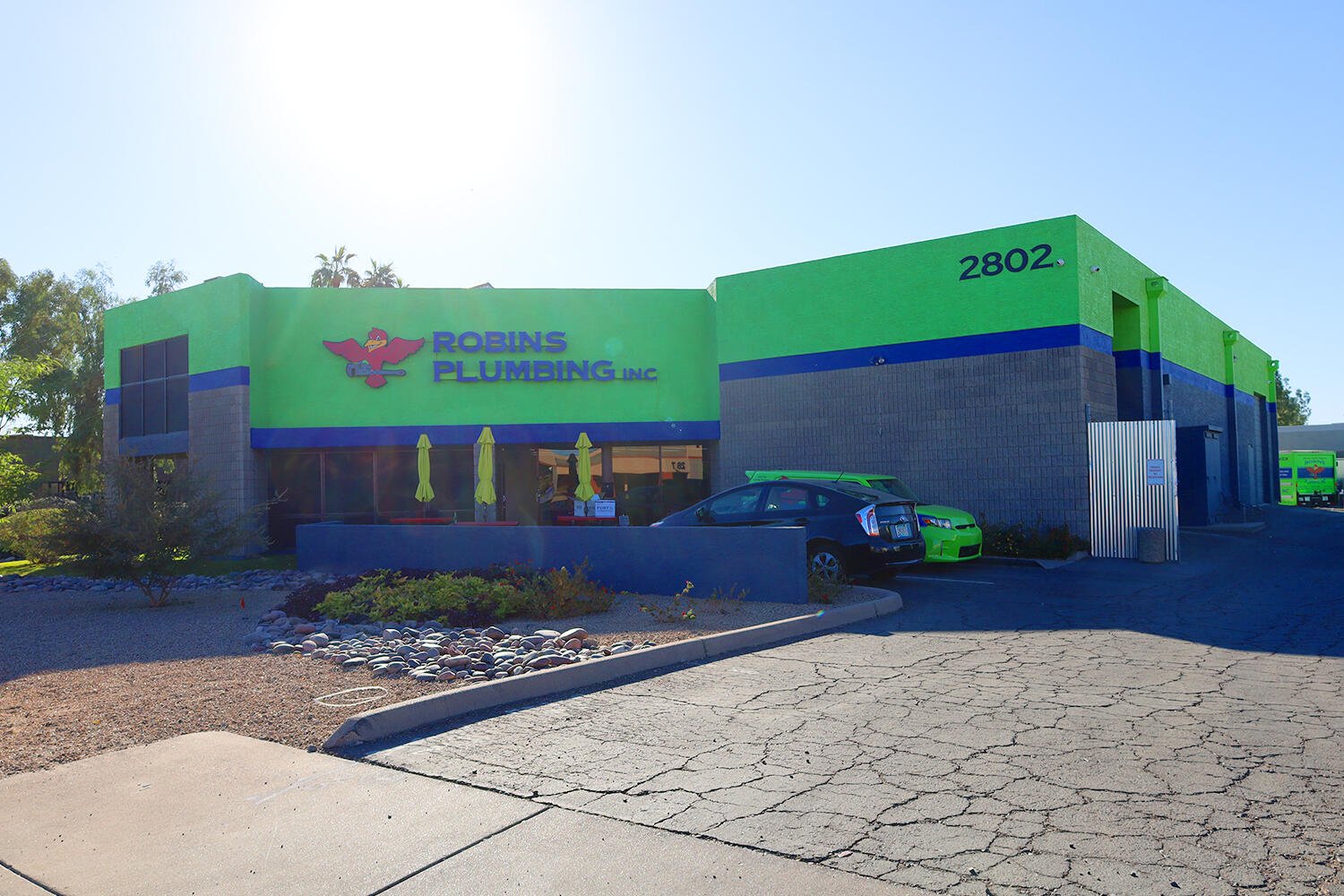 For Stephanie Robins, owner of Robins Plumbing in Phoenix, the idea of owning her building was more than a leap of faith. Imagine a leap over the Grand Canyon. Stephanie wanted a building, but a modest step up from her 100-sq-foot home office wasn’t an option. Due to zoning and land use issues, the best choice was a 10,000-sq-ft office warehouse in a light industrial area in nearby Glendale. Did she back down from taking a leap into a space 100 times larger than her current office? No way.

And she has not a single regret despite a difficult and tumultuous introduction to the SBA 504 Loan Program. Stephanie initially put her faith in the small business lending office of a national bank (which shall remain unnamed). Robins was literally days away from putting her deposit down when the bank abruptly pulled-out of the deal.

“We were excited and ready to go and for what seemed like no reason whatsoever, the bank stopped returning our calls,” recalls Robins. “We could not believe it.”

Stephanie was quickly introduced to Fountainhead, and the company’s loan officers took a complete look at the business. Robins admits she had some unusual marks on her credit history, but Fountainhead reviewed the same documents as the national bank but saw more: a growing company with a great income statement and strong management. Fountainhead funded the loan.

Stephanie now had her new building which she describes as “10,000 glorious square feet of awesomeness.”

“Fountainhead believed in my business and saw the human side of it, and I am eternally grateful,” said Stephanie. And she’s glad she went to the experts in small business lending, taking some of her own advice and noting that “do it yourself” plumbing doesn’t usually work out – so why would “do it yourself” financing.

So, what do you do when you move your business from your home-office to 10,000 square feet? For Stephanie, the answer is grow – and significantly.

Since purchasing the building, Robins Plumbing has doubled in size. The company went from five total employees to 10. Stephanie’s husband Brian now serves as a general manager, overseeing an office staff of four technicians and an apprentice, plus a client relations manager and two dispatchers. Count the apprenticeship program and increased training as byproducts of the new building, along with the creation of a corporate culture that encourages everyone to treat one another like family.

Stephanie remodeled the building, adding an area for inventory storage and plenty of offices dedicated to future growth. In the near future, she hopes to add a marketing person, a bookkeeper and a warehouse staffer. She has the room, but maybe not for long as her larger goal is to have 30 technicians by the end of 2020.

Even with tremendous growth, Robins still has empty space, but it certainly doesn’t go unused. On the second floor, she built an employee gym and a lounge with a big-screen tv, video games and a skee-ball machine. Stephanie knows that her employees work hard and spend a lot of time at work. She wants to make it fun, too.

“I hug our building every day when I arrive,” she happily admits.  “My neighbors probably think I’m crazy, but I love it.”

On the whole, the new Robins Plumbing headquarters has given Stephanie Robins more time, flexibility but more importantly, it reaffirmed her belief in herself as an entrepreneur.

“If you are feeling stuck and want to grow, have the conversation about taking the leap,” she says. “And then go for it.”